There’s a new Holy Grail in the world of science and technology. It’s called general artificial intelligence. Huge corporations and government institutions are investing astronomical sums of money into its research and development. Whilst still resembling science fiction movies, the progress in various fields of artificial intelligence (or AI) is immense — helped by the “miracle” of blockchain & crypto.

We want future robots to think, act and behave like humans, minus the evil part and bias. That’s all fine; we want the humanoids to be our better selves, good servants, with well connected vast general knowledge and without any human-inherited prejudice (which is a major issue today, while we collect available public=biased data).

One of the biggest obstacles in contemporary healthcare research is our very limited knowledge of the human body and brain. We still don’t understand how the brain works, what allergies really are, how to deal with deadly viruses or how to cope with the ever present threat of cancer. Having said that, there is hardly any other industry in this world with such a fast headway, as the medicine. It’s also a good paradigm for AI development that could help us leap forward and save lives…

There is hardly any other industry in this world with such a fast headway, as the medicine.

If you follow current technological trends you will notice the investments are shifting more and more towards AI research, hand-in-hand with the so called “Internet of Things” (or IoT). There’s a lot of web material dedicated to them, and how they co-operate. And also why they use safe and candid blockchain (or other cryptographic) tech.

As most of the human beings, I’m still new to this blockchain craze that’s been silently sweeping this planet for a few years now. But the more I read about it and watch its applications, the more intrigued I become. Eventually, blockchain (and similar tech in development) may invite just about anyone in this world to join this party, participate in any research and be evenly rewarded for it. Surely, we cannot read exact future due to human unpredictability. However, whether we like it or not, blockchain-based systems will eventually infilter everyone’s life, one way or another. Its principles of fairness and transparency are just too good to avoid.

Whether we like it or not, blockchain-based systems will eventually infilter everyone’s life, one way or another.

Turning back to AI and medicine: IBM’s Watson Health is a classic example of reality vs. marketing. It won a quiz show and replaced a few poor employees with its “machine learning” capabilities… Watson is marketed as the most efficient computer tool in cancer diagnostics, which, if reports don’t lie, is (partially) a flop.

Of course, as you’d imagine, there are numerous other companies working on their “Watson”, probably with wiser approach and less razzmatazz. Blockchain is also helping carve fair health insurance policies, as drafted by solve.care organisation. The millions and billions spent on bureaucracy, IT and third parties just in healthcare, are hard to accept. Not to mention the unfairness in money distribution between insurers, patients and hospitals alike. With blockchain and AI this could all change very soon.

The millions and billions spent on bureaucracy, IT and third parties just in healthcare, are hard to accept.

Machine learning and deep learning will, most likely, bring the general AI to fruition one day. Yet, it’s still far away… That, despite the huge development speed of this industry. As already mentioned, healthcare and also applied pharmacology will see fantastic progress with AI’s deployment. Whilst general AI may still be a future fantasy, “humanised AI”, on the other hand, could be just around the corner…

AI agents are already a familiar term, as IBM aims with Watson. A clever agent is one that understands not just the human language, but has more applied knowledge about the subject (i.e. human body and cancer), than the best doctors and scientists to date. It is able to learn from humans using data and human dialogue. Smart algorithms look through all the available data and find new ways to enhance this knowledge, offering real solutions. An agent should be a “wingman” — your more knowledgeable and fast calculating self. Someone who communicates with you in your language, using nothing but an ordinary computer speaker system.

A clever AI agent has more applied knowledge about the subject, than the best doctors and scientists to date.

The Pharmaceutical Research and Manufacturers of America (PhRMA) stated back in 2015, there were over 800 cancer treatment medicines in development. How can you effectively (and quickly) browse this data and use all we know about cancer to suggest new life-saving solutions? AI with blockchain’s ability to connect world’s scientific community might bring the answers. Correction — it will bring the answers.

Where progress understanding human body has stalled, AI agents could get it started again. Then, the more we understand our own biology and explore the functionality of human brain, the easier it will be for agents to speed up also other research and eventually save lives.

Microsoft’s Project Hanover has a similar task ahead, however it incentivises only part of the large scientific community. Because it’s a corporate product, it could prioritise (and be influenced by) Microsoft’s own marketing strategies.

Even significant researchers recently pointed out the most significant problems faced by AI today. They fear the private sector’s headhunting is harmful for universities, a handful of firms drain all the available expertise to boost their sales, and the field has even a major diversity issue to cope with.

Private sector’s headhunting is harmful for universities, a handful of firms drain all the available expertise to boost their sales, and the field has even a major diversity issue to cope with.

The World Health Organization (WHO) sees AI’s potential to deliver health care in impaired parts of this planet. More partial success in diagnostics and treatment is popping up regularly from different universities and organizations every day.

Decentralised, democratic, yet incentivised AI project is around the blockchaincorner. It could be the real milestone not only in medicine and pharmacology but in just about every other field of human progress. Humanised AI will save lives, reduce research redundancies and save time, help creativity and even your personal (or company) finances. It doesn’t replace your job, it helps you be more effective. Thankfully, it’s a lot closer than your clever (and frighteningly powerful?) future humanoid.

Decentralised, democratic, yet incentivised AI project is around the blockchain corner.

Blockchain - a pathway to better administration of healthcare 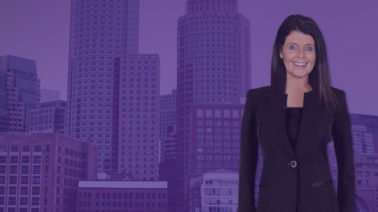 Karen L. Bowling is the newest member of the Solve.Care Advisory Board