Around the world some 400 million people still do not have access to essential health services and 6% of people in low- and middle-income countries are tipped into or pushed further into extreme poverty because of health spending according to the WHO and World Bank Group. While in the developed world we argue over which healthcare funding and delivery system works best, in many parts of the world the right to access to healthcare is still not a reality.

Meanwhile in the UK people still love the National Health Service (NHS) no matter how much it is failing because they perceive it to be both fair and free. While neither of these statements is entirely true — the NHS has a pretty varied ‘postcode lottery’ of care and may be free at the point of access but still costs us £120bn a year — in the specific politics and ethics of British healthcare, these perceptions matter.

The battles in the USA over insuring the uninsured express the same sentiment. What we are really talking about is making sure everyone can be helped, regardless of ability to pay at the point of entry. But what if we extended that right further to include not just access but access to the best possible healthcare as a right not a privilege? How would the system look?

We can see that the UK NHS does well on fairness (access for all, free at the point of use) and efficiency (we spend about 10% of GDP on healthcare for not vastly different outcomes) while the US does better on quality of care and access to the latest treatments but spends significantly more (17%) and still doesn’t cover some of the people (10–11% uninsured).

Is there some way to take the best of both worlds and build a system where there are fewer barriers to entry? According to the Office of Disease Prevention and Health Promotion, uninsured people are less likely to receive care and more likely to die prematurely. So action to solve this problem is literally a matter of life or death.

What does blockchain technology have to do with healthcare?

Blockchain might seem at first to have nothing to do with healthcare. A financial technology which allows us to keep track of cryptocurrencies like bitcoin — what could that do to help reform the NHS or the US healthcare insurance system? Well, in fact, blockchain applications in healthcare are already cutting costs in insurance-based systems by improving regulatory compliance and cutting back on administrative inefficiences. But more than that these technologies could help revolutionise how we fund and organise healthcare.

To give one example, Solve.Care Foundation’s Care Community and Care Coin are building an entirely new healthcare system built around community-led innovation. This type of approach could eventually break up the funding silos which have always divided Western healthcare. Blockchain could provide a third way to do healthcare with funds coming from a whole variety of sources. Could this create a new form of healthcare safety net, even for developing countries which lack the infrastructure we take for granted in the West?

To give an example, imagine a child has a rare disease and needs access to the latest treatment, which is not available in the UK. With a care coin (a form of digital token dedicated to funding healthcare), donations could theoretically be made both by the UK government (up to the agreed national threshold for funding disease treatments) but also by family and friends, and even by a wider media-driven charitable campaign to which anyone around the world could rapidly contribute funds in a frictionless manner.

Another example could be applied to the need for ambulatory care for someone who has recently had an accident. A card could pop up in your healthcare wallet — devised by other members who share in this innovative care community — offering options for travel to the care facility. One option could be a volunteer-led, free community ride-sharing scheme; another could be a for-profit taxi service. Choice is now available for every patient to fit their precise healthcare need, budget and preferences.

With more examples like these, we are just at the beginning of a new healthcare revolution in which access to healthcare could be extended for all. 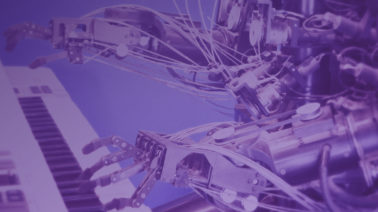 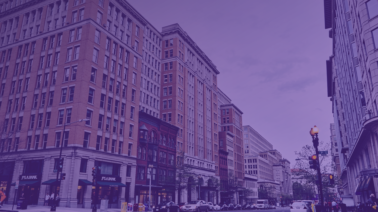 Your Donations Can Save Lives